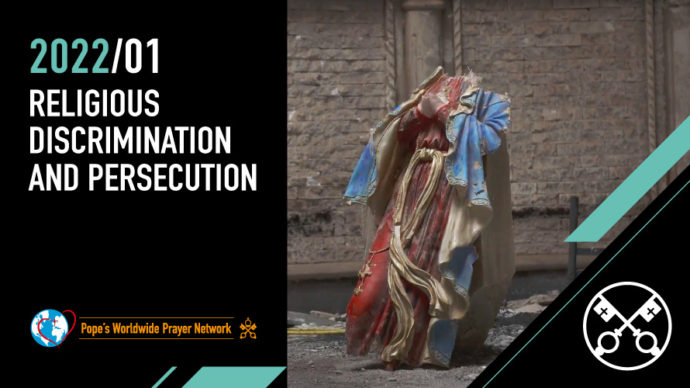 As much as 67% of the world’s population lives in countries where the right to religious freedom is denied. “How can we allow that in this society, which is so civilized, there are people who are persecuted simply because they publicly profess their faith?” If we allow what makes us different to separate us, we will lose sight of something fundamental: “As human beings, we have so many things in common that we can live alongside each other, welcoming our differences with the joy of being brothers and sisters.” Let us follow the advice the Pope gives us in his January prayer intention: “Let us choose the path of fraternity.”