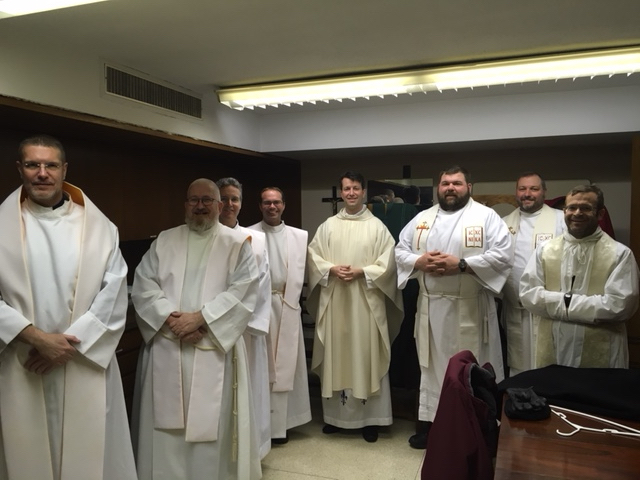 This week Father Blazek visited the Kenrick-Glennon seminary in St. Louis to serve as a spiritual director for the annual winter retreat of the First and Second Year Seminarians. The retreat is intended to give these candidates for the priesthood a time of spiritual renewal and grounding as they advance in their preparations for ordained ministry in the Church.

The retreat was led by Fr. Andrew Dickinson, Director of the South Dakota State University Newman Center at the invitation of Fr. Mark Kramer, SJ, Director of Spiritual Formation at the seminary. More than 40 seminarians participated. Father Blazek (second from left) is seen here with Fr. Kramer to his left and Fr. Dickinson at the extreme right. Several priests from the region assisted with one on one direction for the seminarians.