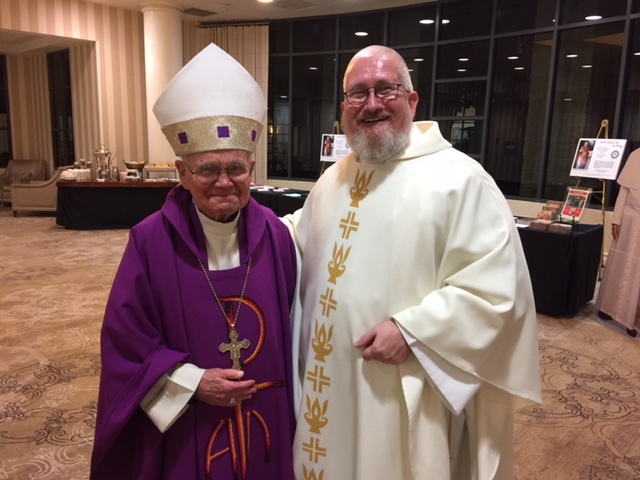 Father Blazek spoke and celebrated Mass at the “Lord Teach Me to Pray” weekend of prayer March 1-4 held at the airport Hilton in New Orleans.

The first evening opened with a visit from Archbishop Emeritus Alford Hughes, currently teaching at the Notre Dame seminary in New Orleans.

There were many opportunities for Eucharistic adoration, confession, and personal prayer.

Father Blazek also had the opportunity to visit Jesuits at Loyola University, New Orleans and friends of the Pope’s Worldwide Prayer Network (Apostleship of Prayer) in the region.

Above picture: Father Blazek with the Most Reverend Alfred Hughes Archbishop Emeritus of the Archdiocese of New Orleans.

Also preaching at the retreat were Fr.  Marty Gleason, OP, former Provincial of the southern province of the Dominicans in the US,  and Fr. Patrick Mary Russell, MFVA of EWTN. 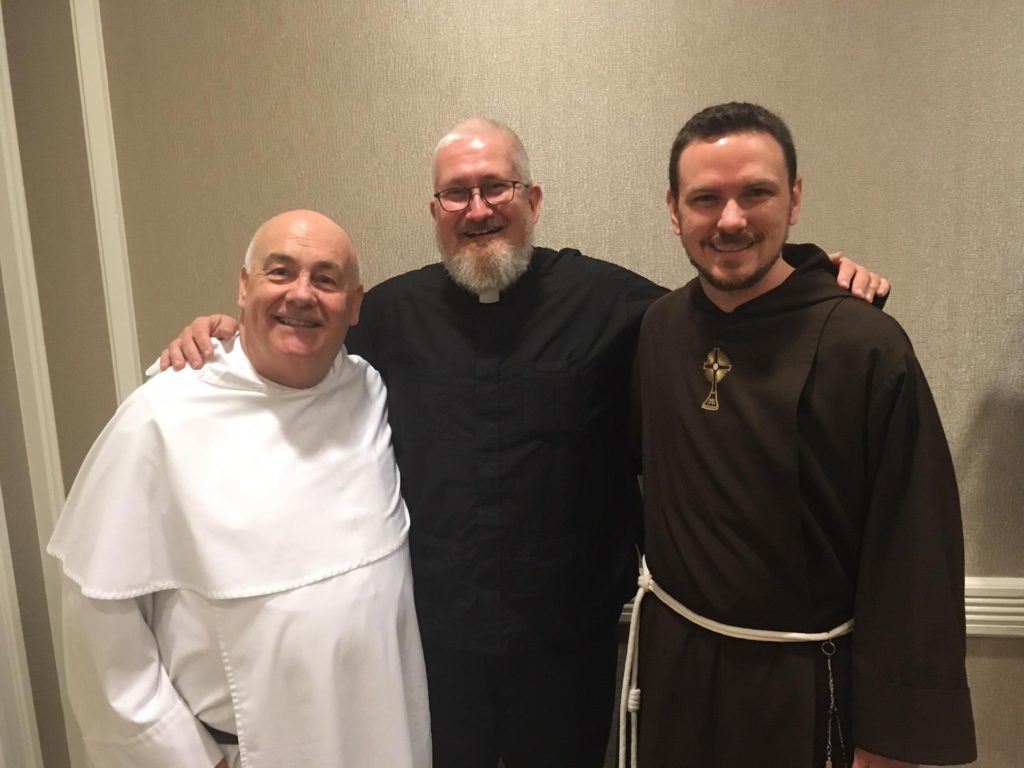