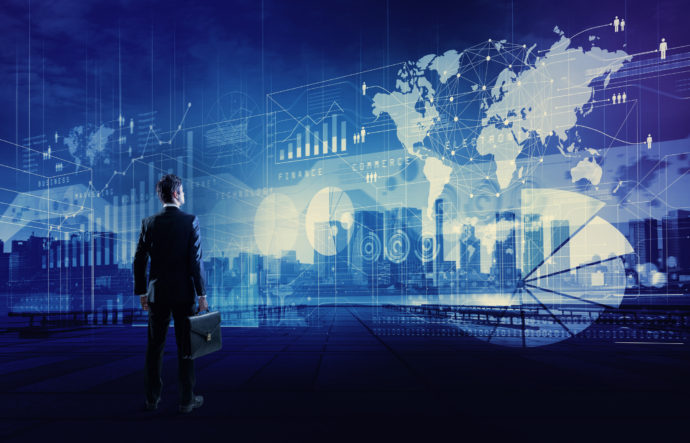 The following reflection was written by Fr. Joseph Laramie, SJ. Fr Laramie has served as a retreat master at the White House Jesuit Retreat Center in St Louis, and in ministry to High School and University students across his years in the Society of Jesus.  He is currently completing the final stage of Jesuit formation known as tertianship.

On TV and on the internet, we see daily headlines about the economy. “The Dow Jones reached another new high,” or “the economy sputtered again today.” I often feel confused and overwhelmed by these stories. What is the economy? Who is in charge? Am I powerless to change it? It can seem that the economy is a sort of giant dragon that needs to be fed—tax, regulations, innovations, new markets, and more. When it is fed, it’s happy, and grows fatter. If it isn’t, then it breathes fire, wipes out a few thousand jobs, and demands more food for tomorrow. Is this how the economy really works? Is this how it has to work?

This month, Pope Francis asks us to pray, “For those who have responsibility in economic matters. That economists may have the courage to reject any economy of exclusion and know how to explore new ways forward.” Economists have an important role to play in the world today. Often they are college professors and researchers. They serve as advisors to businesses and government leaders. They identify and shape trends and new approaches. They impact everyone—7.5 billion of us—each day. They often feel pressure to make ‘short term gains’ to satisfy CEOs and stockholders. But these gains can be like cutting down an apple tree for quick lumber—at the cost of losing years of juicy fruits. Part of the problem is our way of looking at the economy. Are record stocks and GDPs our constant goals? Can we ever tame the beast? Perhaps we need a new way to look at the situation. Maybe the economy is not a dragon but more like a garden—where everyone is called to work and everyone is invited to eat. Different laborers have different roles: weeding, plowing, harvesting, packing, overseeing.

Regarding the economy, Pope Francis writes, “Authentic human development has a moral character. It presumes full respect for the human person, but it must also be concerned for the world around us… Accordingly, our human ability to transform reality must proceed in line with God’s original gift of all that is” [Laudato Si, #5].

The economy ought to serve humanity, instead of humanity serving the economy. Economists must be bold and creative to help us envision new ways of ‘growing’ the global garden. In prayer and action, we can support them in this holy, living enterprise.

Who seems to gain the most from the USA economy? Who seems to gain the least? What could be done to help more people to contribute and share in the ‘fruits of our economic garden?’ What is one thing I can do to contribute to an ‘economy of inclusion?’ Examples: help with job training programs for the poor/elderly; support local businesses that employ local workers; volunteer at schools/churches in poor/isolated areas…

Revelation 12:7-10 “His angels battled against the dragon. The dragon and its angels fought back, but they did not prevail and there was no longer any place for them in heaven. The huge dragon, the ancient serpent, whois called the Devil and Satan, who deceived the whole world, was thrown down to earth, and its angels were thrown down with it. Then I heard a loud voice in heaven say: ‘Now have salvation and power come, and the kingdom of our God and the authority of his Anointed.’”