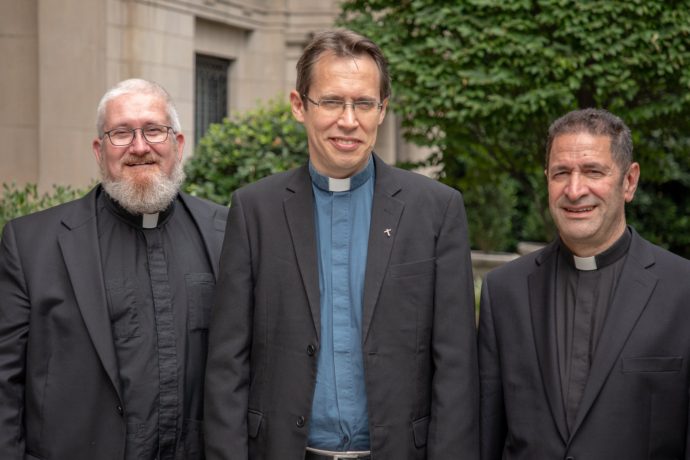 Since Friday, July 6, 2018, International Director of the Pope’s Worldwide Prayer Network, Father Frédéric Fornos, SJ, has been in the United States to work with Regional Director, Father William Blazek, SJ, and his team. During the past two days Father Blazek and Father Fornos have been in Washington D.C., where they have met with Father Tim Kesicki, SJ, President of the Jesuit Conference of Canada and USA.

Please pray for their travels and discussions as they continue to work to promote the Pope’s Worldwide Prayer Network in the United States and Canada.