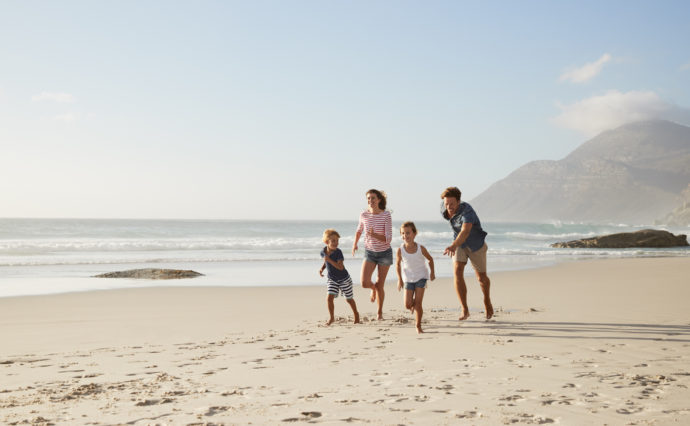 This month the World Meeting of Families will take place in Ireland. It provides a time of reflection on family life and how families can impact the world.

One of the most inspirational families in the history of the Church is the Martin family. This influential family was led by Sts. Louis and Zelie Martin, parents of the popular St. Therese of Lisieux, who was a member of the Apostleship of Prayer (Pope’s Worldwide Prayer Network). The first married couple to be canonized together; Louis and Zelie expressed throughout their lives a strong concern for others that was rooted in a personal love of God.

In particular, they saw the many challenges that afflicted the poor of their small village. The Martin family was blessed with a successful business and so they used that success to aid others in need. For example, in their first year of marriage Louis and Zelie took care of a young boy whose mother had died and provided for his needs. Additionally, Louis himself would always visit the sick and gave whatever excess money he had to the poor. St. Therese would later remark how often the poor would come to their house for food and clothing.

This holy couple epitomizes what it means to live out the “Way of the Heart.” Their entire family was propelled by a “mission of compassion,” where they continued the work of Jesus who said, “The Spirit of the Lord is upon me, because he has anointed me to bring glad tidings to the poor” (Luke 4:18). It is a strong reminder to us all that we are not meant to be isolated in our practice of Christianity, but are called to be ever attentive to the needs and challenges of the world, both praying for resolutions and being an active part in addressing them.

Let us invoke the intercession of Sts. Louis and Zelie Martin this month that we may join Pope Francis as he addresses the challenges of the world and find new and creative ways to resolve them.