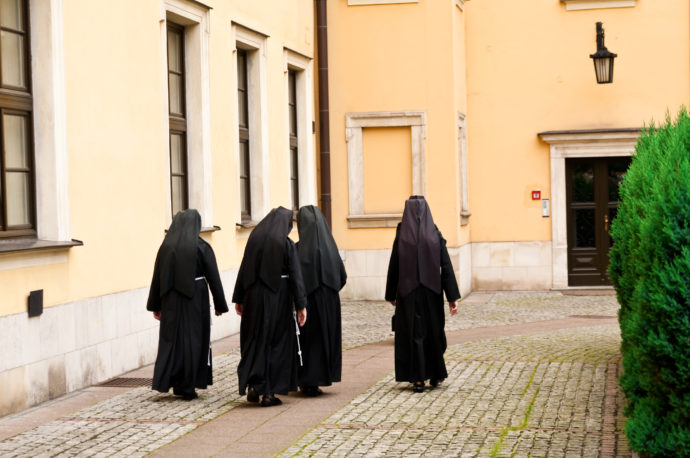 Shortly after my ordination last June, I was invited to give a homily on the readings of the day to a rosary group of the parish. It just so happened that the group was meeting that night in a family’s trailer, and the air conditioning unit was broken. The heat was almost overwhelming, and they all became concerned at how much el Padre was sweating. Soaked through as I was on the outside, interiorly I was also deeply moved by the event. As the rosary ended, the entire group, made up primarily of migrants from indigenous regions of Mexico, placed themselves on their knees for the Litany of Loreto.

In that trailer were people of profound faith. They may not have been wealthy in the eyes of the world, but I imagine they appeared very rich in the eyes of God. “Blessed are you who are poor,” Jesus declares in the Gospel of Luke, whose feast we celebrate on Oct. 18th , “for the Kingdom of God is yours” (6:20). In this month’s intention, Pope Francis calls us to pray that we consecrated religious “be-stir” ourselves to become more present among these blessed people to whom belongs the Kingdom of God.

To live in close solidarity with the poor is sometimes uncomfortable, and it often means foregoing the perks of a well-resourced ministry. But as I experienced that night with the rosary group, we tend to receive much more from the poor than we give, and among them we have the joy of finding Christ. There was no better witness to this mystery in our time than Mother Teresa, who never tired of reminding us that the same Christ we encounter in the Eucharist awaits us in “distressing disguise” in “the poor, the marginalized, and those who have no voice.”