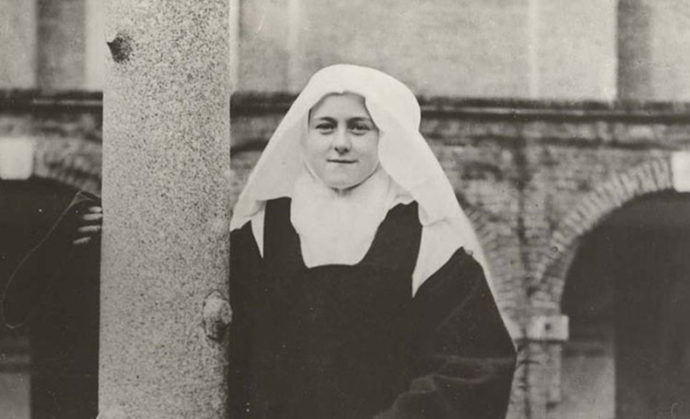 Instead of choosing the learned, and proud figures of our time to bring about the greatest good; God chooses the small, imperfect and weak souls. It is through the weakness of these souls that God is able to work the most beautiful of miracles. This is the reason why He chose people like St. Thérèse of Lisieux and St. Teresa of Calcutta to be his instruments of love in the world and why God came into the world as a baby.

For example, St. Thérèse of Lisieux spent her years on earth not as a well-known missionary, but as a humble Carmelite nun. She only influenced a small number of religious nuns during in her lifetime. However, it was through her hidden everyday sacrifices and acts of love that St. Thérèse influenced the lives of millions of people after her death. Her autobiography has been published in numerous languages and she has even been declared a “Doctor of the Church.”

This brings us to a fitting reflection as we celebrate the great feast of Christmas. For it was in a small, humble stable that the King of the Universe arrived as a weak human child. Christ was born in the tiny village of Bethlehem, a place without the same stature of Jerusalem or Rome. God did not choose to dwell amongst us as a glorious warrior, but a small little babe.

This Christmas we realize that true power and influence do not come with wealth, connections or even having many things. Instead, it comes from surrendering to God our weaknesses and allowing him to shine through us, while we humbly take the back seat and praise God for his wonderful achievements.