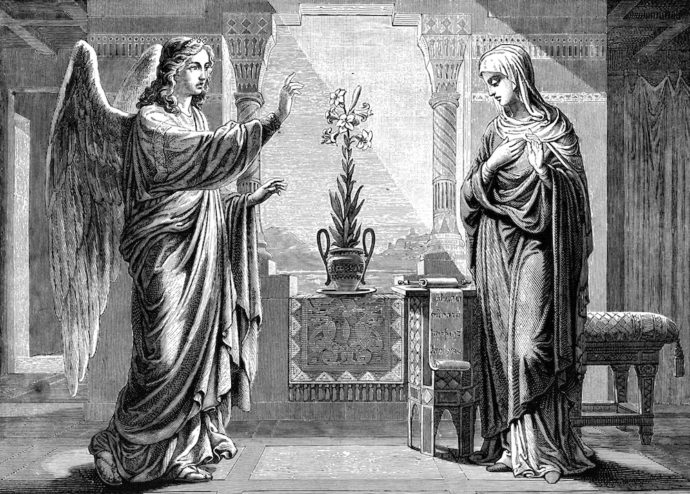 The world ushers in a New Year each January, so named after the Latin word for “door”: we stand on the threshold of another Year of Our Lord. It is the world’s New Year; as a Church we’ve already celebrated the new liturgical year with the First Sunday of Advent, a season in which we prepared for the coming of the New Man. December is a month of celebrating something new—a child!—while the world around us sees only what is old, thinks only about the past year. Now the world looks to the New Year and we, instead, look to Mary: we thus begin with the great Solemnity of Mary, the Mother of God on January 1st.

Mary guards the threshold of the world’s New Year, she who is hailed as the “gate of heaven, star of the sea”: she through whom the Son of God entered into a dying humanity. The world shouts “Happy New Year” while we say “Hail Mary!” Why? In Advent we prepared for the birth of Christ, and now we prepare to go out into the world and echo the message of the angels: “…a savior has been born for you who is Messiah and Lord” (Luke 2:10-11). We now look to another year of living our faith in a world that increasingly resists the joy of the Gospel, which says there is no room for the Son of God. We ask Mary, who emptied herself that she might contain the living Word of God, to make room in us, that like her we might bear Christ into the world. Mary bore Christ with her wherever she went; this year let us do likewise.