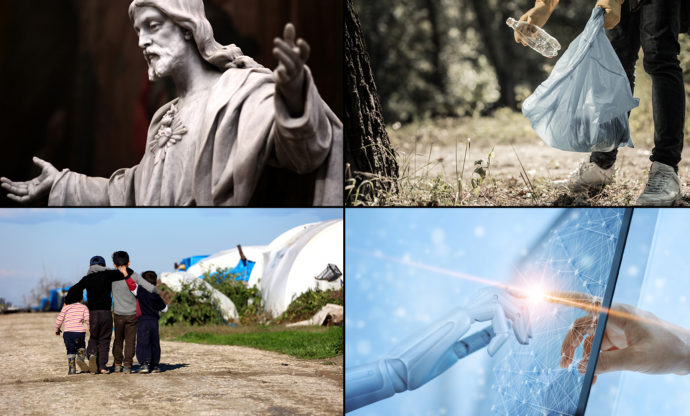 Pope Francis has recently entrusted his 2020 prayer intentions to the Pope’s Worldwide Prayer Network. They represent a wide array of challenges facing humanity and are the result of much prayer and discernment over the past several months. Areas in need of prayer in 2020 will include: the Way of the Heart, listening to migrant’s cries, freedom from addiction, respect for the planet’s resources and artificial intelligence to name a few.

You may view the prayer intentions for 2020 below, and review the ones already proposed for 2019 through this link.

What is the process in the preparation of the prepared prayer intentions? The faithful from around the world suggest papal prayer intentions in each country to their national office, which selects some of them and sends those to the international office of the Pope’s Worldwide Prayer Network in Vatican City. Through prayerful discernment the international office selects a large number of them and submits them to the Pope to help his discernment. After his prayer and discernment he entrusts to the International Director of the Pope’s Worldwide Prayer Network the official set of monthly prayer intentions, which are then translated into the major world languages and published in print and digital formats.

Promotion of World Peace
We pray that Christians, followers of other religions, and all people of goodwill may promote peace and justice in the world.

Listen to the Migrants’ Cries
We pray that the cries of our migrant brothers and sisters, victims of criminal trafficking, may be heard and considered.

Catholics in China
We pray that the Church in China may persevere in its faithfulness to the Gospel and grow in unity.

Freedom from Addiction
We pray that those suffering from addiction may be helped and accompanied.

For Deacons
We pray that deacons, faithful in their service to the Word and the poor, may be an invigorating symbol for the entire Church.

The Way of the Heart
We pray that all those who suffer may find their way in life, allowing themselves to be touched by the Heart of Jesus.

Our Families
We pray that today’s families may be accompanied with love, respect and guidance.

The Maritime World
We pray for all those who work and live from the sea, among them sailors, fishermen and their families.

Respect for the Planet’s Resources
We pray that the planet’s resources will not be plundered, but shared in a just and respectful manner.

The Laity’s Mission in the Church
We pray that by the virtue of baptism, the laity, especially women, may participate more in areas of responsibility in the Church.

Artificial Intelligence
We pray that the progress of robotics and artificial intelligence may always serve humankind.

Read the intentions in Spanish or French.