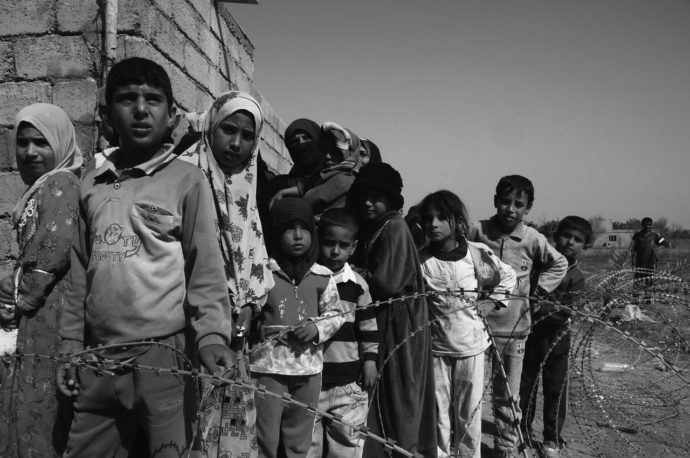 Far too many wars, political divisions, conflicts and hostilities between the diverse religious communities within the Near East have left populations scared and crippled in moral, financial and spiritual ways. This race to dominate has led to vicious murders that have little regard or respect for one’s neighbor.

Local leaders have manifested horrendous attitudes of greed and thirst for power leading to domination and autocratic decision-making, manifesting little interest in what is the best for their people and for humanity as a whole.

May enough people in the Near East be sufficiently open and committed to practice repentance or “teshuvah,” working towards a change of attitude in order to encounter “the other” who is different. This will require greater efforts to engage in healthy dialogue. Such action will remove the possibility of losing hope. We remember the words of Pope John Paul II, how we “must not abandon ourselves to despair.” We pray with Pope Francis for a spirit of openness, for compassion and respect towards those we see as different; may this lead to eventual peace between different communities and diverse religions.

Am I aware of the various tensions in the Near East, informed from all points of view?

What have I done to pray or work for a peaceful resolution to these conflicts?

What can I do in my own community to work for dialogue and reconciliation between diverse religions?