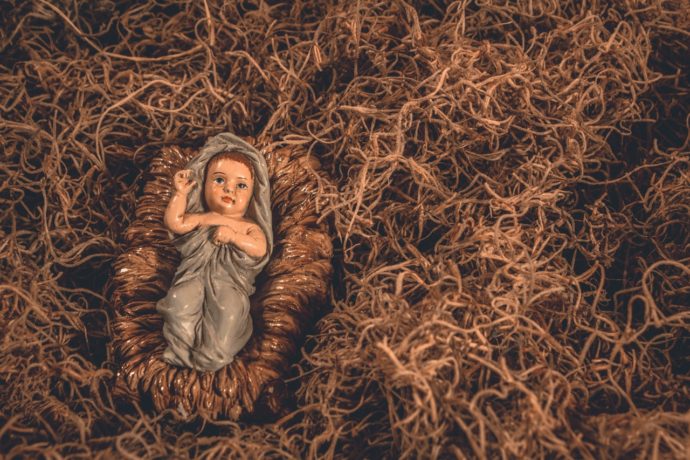 Shortly after my ordination I was missioned by the Jesuits to England for doctoral studies. There are few British winter traditions more famous than the service of Lessons and Carols held on Christmas Eve at Kings College Cambridge and broadcast throughout the country on the BBC. Since 1919 the choir at Kings College has opened this service with the same hymn, “Once in Royal David’s City,” the simple lyrics of which speak to the profound paradox of the mystery of Christmas. “He came down to earth from heaven, who is God and Lord of all. / And his shelter was a stable, and His cradle was a stall. / With the poor, and mean, and lowly, lived on earth our Savior holy.”

By the mystery of the Incarnation, God became a little child. There are few religious scenes more moving and tender than the infant Jesus in the arms of his mother. The Lord of all, now weak and vulnerable, is enwrapped in the loving care of Mary.

The same Mary is not only our mother but also our model. So many children throughout the world today, likewise weak and vulnerable, are also subject to poverty, injustice, and violence. In them Christ comes to us anew, albeit in “distressing disguise.” As we enjoy the beauty of Christmas creches and hear the old, familiar carols, let us pray that these venerable traditions may really move us to become more like Mary, to set aside our own interests and preoccupations to tend to those of Christ, the Christ who beckons us to care for the vulnerable and needy among us, prioritizing the “very young, especially those who are suffering.”