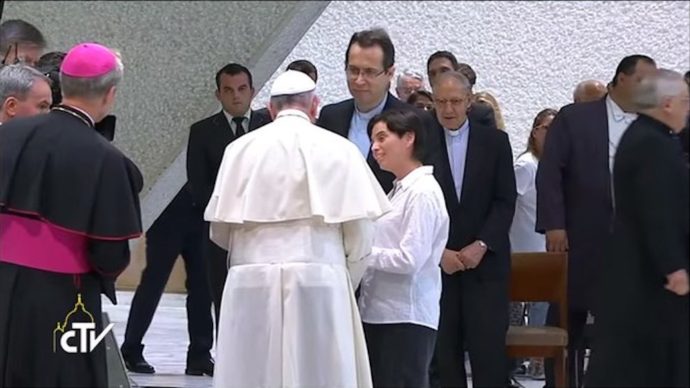 Today, May 20, 2020, in Tokyo, the Lord called to Himself Fr. Adolfo Nicolás, former Jesuit Superior General. He was elected by the 35th General Congregation on 19 January 2008. He has promoted the re-creation of the Apostleship of Prayer as Pope’s Worldwide Prayer Network. In this photo (above), during the presentation of Click To Pray to Pope Francis, he is behind, discreet, humble, but always present. He also supported from its beginning The Pope Video project.

Eternal rest grant unto him, O Lord and let perpetual light shine upon him. May he rest in peace. Amen.