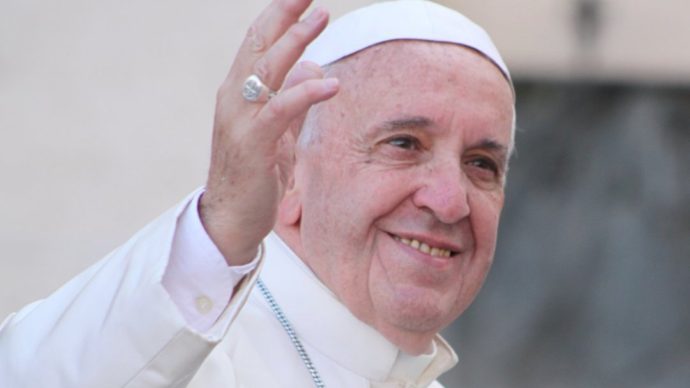 Pope Francis has recently entrusted his 2023 prayer intentions to the Pope’s Worldwide Prayer Network. They represent a wide array of challenges facing humanity and are the result of much prayer and discernment over the past several months. Areas in need of prayer in 2023 will include: educators, non-violence, victims of abuse, World Youth Day and for the Synod to name a few.

You may view the prayer intentions for 2023 below, and review the ones already proposed for 2022 through this link.

What is the process in the preparation of the prepared prayer intentions? The faithful from around the world suggest papal prayer intentions in each country to their national office, which selects some of them and sends those to the international office of the Pope’s Worldwide Prayer Network in Vatican City. Through prayerful discernment the international office selects a large number of them and submits them to the Pope to help his discernment. After his prayer and discernment he entrusts to the International Director of the Pope’s Worldwide Prayer Network the official set of monthly prayer intentions, which are then translated into the major world languages and published in print and digital formats.

For educators
We pray that educators may be credible witnesses, teaching fraternity rather than competition and helping the youngest and most vulnerable above all.

For parishes
We pray that parishes, placing communion at the centre, may increasingly become communities of faith, fraternity and welcome towards those most in need.

For victims of abuse
We pray for those who have suffered harm from members of the Church; may they find within the Church herself a concrete response to their pain and suffering.

For a Eucharistic life
We pray that Catholics may place the celebration of the Eucharist at the heart of their lives, transforming human relationships in a very deep way and opening to the encounter with God and all their brothers and sisters.

For the Synod
We pray for the Church, that she may adopt listening and dialogue as a lifestyle at every level, and allow herself to be guided by the Holy Spirit towards the peripheries of the world.

For the Pope
We pray for the Holy Father; as he fulfills his mission, may he continue to accompany the flock entrusted to him, with the help of the Holy Spirit.

For persons with disabilities
We pray that people living with disabilities may be at the centre of attention in society, and that institutions may offer inclusive programs which value their active participation.