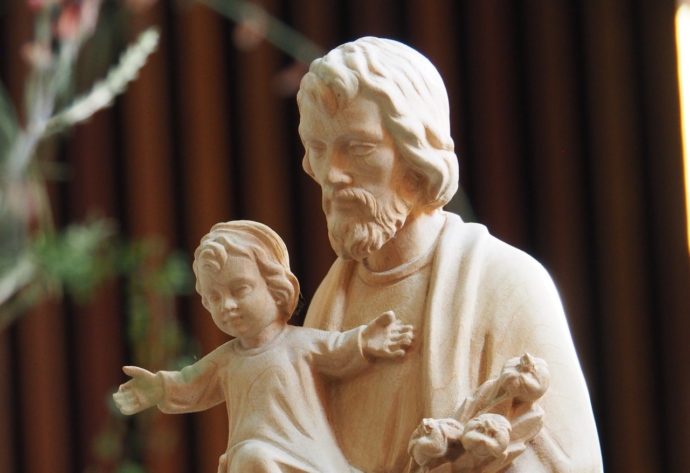 Joseph loved Jesus as his adopted Son. Pope Francis began his apostolic letter, Patris Corde, with the words, “With a Father’s heart: that is how Joseph loved Jesus, whom all four Gospels refer to as ‘the son of Joseph.’”

Joseph appears in the Gospels as a just and silent man. St. Joseph’s justice is based on love, not bound by traditions and customs when they hurt the dignity of life. He possessed a silent justice, which did not show itself in public, so as not to be consumed by vanity and pride, characteristics that never fit the simple carpenter of Nazareth.

St. Joseph was a man of work and dreams, who in his inner silence heard the voice of God and followed it, thus reflecting an attitude of availability. He listened to God’s word and believed; in his simplicity, said Yes to God’s call. He accepted Mary as his wife and accepted the Incarnate Word as his son.

He was a father who excelled in tenderness, obedience and acceptance, always working in the shadow of the Eternal Father.

Pope Francis has repeatedly demonstrated his warm devotion to St. Joseph; he began his papacy in 2013 on March 19, the solemnity of St Joseph. May we, too, draw closer to St. Joseph. Let us ask him to help us to be silent, to hear the Lord, and to renew our Yes. With Joseph, may we dream and to fulfill the will of God, with a loving and open heart.