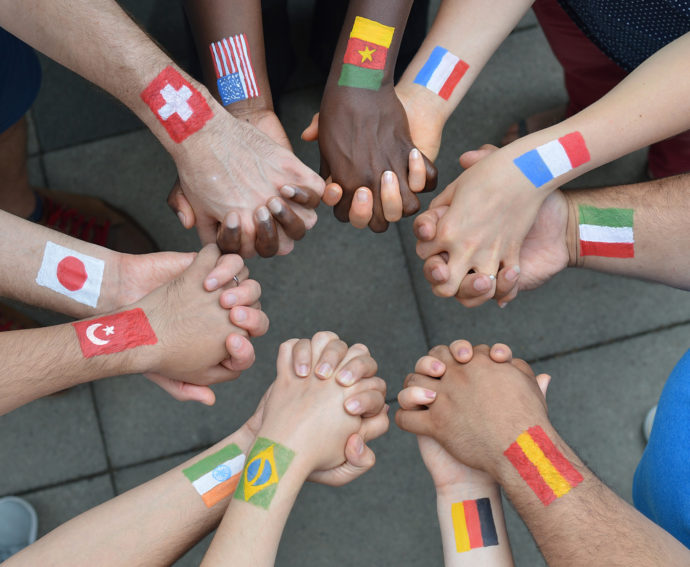 All these with one accord devoted themselves to prayer, together with the women and Mary the mother of Jesus, and with his brethren. (Acts 1:14)

The ninth and final step of the “Way of the Heart” is entitled, “A world-wide network of prayer and service attentive to the needs of humanity,” and focuses on how this heart-centered spirituality is fostered in a global community united in prayer and action underneath the guidance of the Pope.

The Pope’s Worldwide Prayer Network (Apostleship of Prayer) is a service that seeks to distribute the Pope’s monthly prayer intentions to the whole world. These intentions are seen as actual challenges for humanity and for the Church, as they express the Holy Father’s concerns in today’s world. It is our goal that these intentions orient our action and our prayer during a specific month.

The documents guiding the recreation of the PWPN further explain this step.

This network is formed by those who make themselves available to collaborate in Christ’s mission through the daily offering of their lives, in any place or situation they may be. The call to the mission is the fire that makes us apostles sent from the heart of the Father to the heart of the world.

This global network of prayer has was founded on December 3, 1844, on the feast of St. Francis Xavier, by Jesuit priest Father Gautrelet. He said to young students who wanted to be sent as missionaries into the world, “Be missionaries already through your prayer, by the offering of your daily life. Your mission is here and now, in your studies and the little things of every day. In fulfilling it through being open to the will of God, you are already apostles who are helping the entire Church.”

During the past several years we have been undergoing a time of recreation, striving to put Christ at the center of our lives and live with him an intimate friendship. This will propel us to be apostles invited to collaborate with him, available to his mission of compassion on behalf of our brothers and sisters.

–> To learn more about our recreation process, check out our “About” page.

Pope Francis has renewed his call to all people, asking everyone to join him in this great adventure, becoming more and more attentive the needs of those around us. He expressed this invitation in an Angelus message on January 8, 2017.

I would also like to invite you to join in the Pope’s Worldwide Prayer Network, which spreads, also through social networks, the prayer intentions I propose for the Church each month. In this way, the Apostleship of Prayer moves forward and communion grows.

The Holy Father wants us to be aware of our brothers and sisters suffering around the world and to pray for them, while also thinking of new ways to alleviate their suffering through our actions.

May we renew our own zeal this month for the Pope’s monthly intentions and see ourselves as missionaries in our everyday lives.