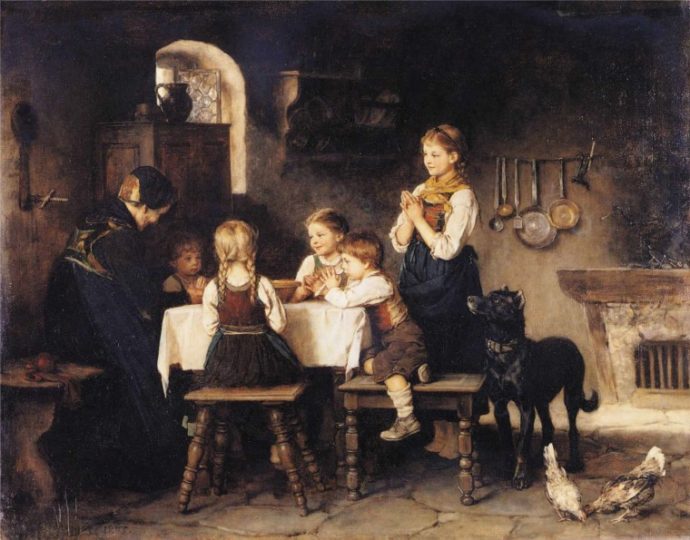 In Pope Francis’ recent apostolic exhortation, Gaudete et Exsultate, he mentions the often overlooked “saints ‘next door.'” He explains how “I like to contemplate the holiness present in the patience of God’s people: in those parents who raise their children with immense love, in those men and women who work hard to support their families … Very often it is a holiness found in our next-door neighbors, those who, living in our midst, reflect God’s presence.”

This ordinary example of holiness, especially from our own parents, can often inspire us in our own faith. Their faithful example propels us closer to God and encourages us to offer our lives in apostolic readiness, a necessary step in the “Way of the Heart.”

This great responsibility of parents is also a great challenge, as it highlights the need to seek holiness first and foremost, so that your children can follow right after. One example of how this reality was successfully lived out is the family of Saints Louis and Zélie Martin (parents of Saint Thérèse of Lisieux, a member of the Apostleship of Prayer).

Both Louis and Zélie desired the religious life and even tried to enter the monastery. However, both were denied entrance and found that God was calling them to sacrament of holy matrimony. At first they were dismayed as they wanted to devote their entire lives to prayer. However, once they met each other and entered into marriage, they knew that prayer would be a hallmark of their lives together.

The couple would attend morning Mass before their children woke-up (with the help of others who watched the kids). It became such a routine that the neighbors would say when they heard the closing of their door, “That is the holy Martin couple going to Mass, let us sleep some more!”

Louis gave the additional example to his children of remaining silent while they walked to Mass on days he would receive Holy Communion, desiring to be recollected before he received Our Lord. He would also pay an extra visit to the Blessed Sacrament each afternoon for a moment of prayer. Louis’ love of the Holy Eucharist did not stop there as he was a member of the Nocturnal Adoration Society, where he would pray at the church during the silent hours of the night.

Zélie infused the house with a spirit of prayer as well, making sure the family said their morning, evening and meal prayers. She had a particular love of Sunday, ensuring that they observed it with reverence and joy. Even when visitors came on Sunday, she would cut conversations short to attend Vespers at church.

Those are just a few of the many examples of how the parents of Saint Thérèse sought to live a life of prayer in the midst of family life. It was because of this living example of prayer that their children desired to draw closer to God.

Pope Francis also reflected on this fundamental aspect of family life in the apostolic exhortation Amoris Laetitia, where he wrote, “It is essential that children actually see that, for their parents, prayer is something truly important. Hence moments of family prayer and acts of devotion can be more powerful for evangelization than any catechism class or sermon.”

We can try our hardest to try to teach our children how to pray, but if we do not pray ourselves and lead first by example, our children will not follow. Let us remember, they will learn more by watching us than from any religious education teacher.